In 2021, our advocacy agenda was jam-packed, encompassing everything from boosting investor protections for vulnerable adults to fighting SEC attempts to establish new regulatory requirements through enforcement.

Arguably, however, no issue proved more critical than fending off threats to our advisors’ independent contractor status. Although this has been a decades-long concern for the industry, the stakes are still immense.

The good news is that even though work remains on this issue, we were able to generate meaningful results for our members on this issue over the last year, with even more progress already in 2022. Below is an overview of our activities:

Challenging the Department of Labor

In the final days of the Trump Administration, the Department of Labor finalized a rule that would have clarified independent contractor classification rules by implementing a common-sense “economic reality” test. Under this test, a worker who, as a matter of economic reality, does business for themselves — as opposed to being economically dependent on an employer — would be considered an independent contractor.

However, shortly after taking office, the Biden Administration delayed the rule’s implementation and then, ultimately, withdrew the measure altogether. In response, we, along with a coalition of other industry partners, filed a legal challenge.

Early in 2021, the House of Representatives passed the Protecting the Right to Organize (PRO) Act. The bill would have mandated a more stringent “ABC” worker classification test for independent contractors, effectively re-categorizing many independent advisers as broker-dealer employees. Meantime, unemployment insurance reform legislation circulated by Senate Finance Committee Chairman Ron Wyden (D-OR) would have had the same impact.

Due partly to our efforts, the PRO Act has not moved in the Senate, and Sen. Wyden’s bill was amended, with the ABC test stripped out. Our advocacy team and FSI members engaged directly with Capitol Hill staff to make sure lawmakers knew about the bill’s unintended consequences. We also facilitated virtual meetings between our members and key Senators.

That said, we are mindful that similar proposals could get tucked into must-pass legislation this year, such as a budget bill, particularly after President Biden listed passing the PRO Act among his priorities in his State of the Union address. We will remain vigilant to ensure that does not happen.

New York, New Jersey and Minnesota all pursued laws that would have altered the definition of independent contractor to the detriment of our members. Thankfully, none of these efforts were successful. As with many of our important advocacy wins, member engagement was the difference.

FSI members met with and sent letters to several legislators and staff in each state to share their concerns, outlining how overly broad employee classification systems could negatively impact them and their clients. Unfortunately, we believe these wins could be temporary, as we expect some – or potentially all – the states to try again. We stand ready to once more meet them head on in 2022.

Most recently, we filed a joint amicus brief with the National Labor Relations Board regarding the independent contractor standard it uses to determine a worker’s status. NLRB is considering whether to maintain its current multi-factor test established under the Trump administration – which, as stated above, emphasizes someone’s entrepreneurialism – or return to a previous standard that stressed the level of control exercised by an employer.

The brief reflects our view that any test focusing on employer control can lead to unintended consequences in highly regulated industries like ours where outside supervision is unavoidable. We fear that if the NLRB were to revert to its previous standard, other agencies and/or lawmakers could use it as a model for their own tests.

Suppose independent advisors became employees of their broker-dealer. It would limit access to affordable and professional financial advice – at a time when millions of Americans are facing a retirement crunch and economic uncertainty. Furthermore, it would be a significant detriment to the thousands of men and women in our industry who value the independent business model because it allows them to make the most of their entrepreneurial instincts and better serve their clients.

While we celebrate the ruling coming out of the U.S. District Court, as long as lawmakers and regulators continue to introduce bills or policies that threaten our members’ independent contractor status, this issue will remain a core element of our mission. 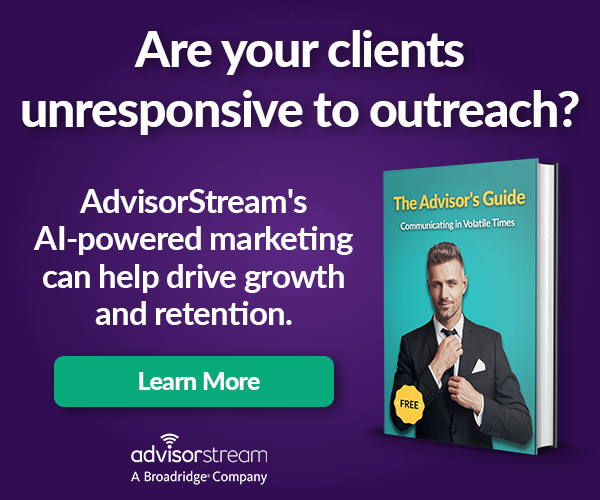