Skip to content
Home > > Serving as Your Voice in Washington, D.C.

Serving as Your Voice in Washington, D.C.

Protecting advisors’ independent contractor status has been our most high-profile advocacy focus this year as we continue to fight against the PRO Act, the Department of Labor’s precipitous and unjustified withdrawal of its final rule codifying independent contractor protections at the federal level, and other threats to this foundational element of advisors’ businesses.

It has been far from our sole area of focus, though.

On behalf of our members and their businesses, we have continued to push forward on a broad array of critical issues, as identified in the advocacy priorities we laid out at the beginning of the year. Following is an update on the solid progress we have driven on each of these priorities so far in 2021.

Standard of Care Issues: We are pleased to report that we have not seen any policymaking processes or public statements from SEC leaders that would indicate that the Commission intends to modify Reg BI to make it more onerous and less workable so far this year. While we have seen some initial enforcement actions undertaken regarding Form CRS, these actions do not appear to be inconsistent with the requirements clearly outlined in Reg BI.

As we mentioned at the beginning of the year, we are continuing to compile data from our members to demonstrate the effectiveness of Reg BI, frequently in conjunction with other industry trade groups.

Additionally, as we detail in the article “Preparing for the New DOL PTE”, the DOL indicated in an FAQ document issued in April that it intends to revisit its definition of ‘investment advice fiduciary.’ This effort may include other significant changes to the Department’s regulatory framework, potentially including the propagation of a new fiduciary rule and / or substantial changes to other PTEs that are currently available.

As these actions would obviously have a significant impact on our members, we will be monitoring the DOL’s efforts in this area very closely. We will also continue to work to educate the Department on the benefits of the SEC’s Reg BI, which has made tremendous strides toward establishing a workable standard of care for advisors across the industry, and has provided a valuable framework for the DOL’s own newly-enacted PTE.

With regards to our members’ efforts to implement the new PTE (also referred to as ‘PTE 2020-02’), we are continuing to advocate for an extension in the DOL’s December deadline for full compliance, given the challenges posed by technology and data limitations as well as the impact of COVID-19.

Improving Financial Literacy and Diversity: FINRA recently issued a special notice seeking input on investor education practices, specifically with respect to younger investors who may have entered the markets more recently. Our team has canvassed many of our advisor members in response to this special notice, and provided substantive, real-world feedback to the regulator based on members’ in-depth experience.

We have also been very successful in engaging members of Congress and other leaders in roundtables with our members to discuss crucial steps that could be taken to encourage greater financial literacy for students, workers and investors across the country. So far this year, we have conducted 18 such roundtables with Senators, Congressional Representatives and members of their staff.

Additionally, we provided FINRA with a comment letter on steps that could be taken to encourage greater diversity in the financial advice profession by reducing certain regulatory burdens. As one example, we urged FINRA to offer further support for remote or virtual work settings – which younger professionals often gravitate towards – by revising requirements for branch office examinations.

Finally, we were pleased to provide our recently-completed Diversity & Inclusion white paper to leaders at the SEC, FINRA, and NASAA, helping these regulators develop a greater understanding of the concrete steps being taken by members of our industry to bring professionals from under-represented communities into the financial advice sector.

Preventing Financial Exploitation of Vulnerable Adults: As detailed in our state-level advocacy update elsewhere in this issue, we have continued to work with individual states to encourage adoption of NASAA’s model rule to better protect seniors and vulnerable investors from exploitation. We are pleased to report that three additional states – Iowa, Nebraska and South Carolina – have adopted versions of the rule this year, bringing the total number of adopters to 32.

Retirement and Tax Issues: We continue to firmly support the Securing a Strong Retirement Act, also known as SECURE 2.0, which seeks to bolster Americans’ access to retirement savings vehicles and planning services by further modifying retirement rules and guidelines. The bill was recently passed out of the House Ways & Means Committee by a unanimous vote, and we are watching closely for indications on when it will receive a vote from the full House.

A bipartisan bill that includes some of the same provisions featured in SECURE 2.0 was also introduced in June by Senators Rob Portman (R-OH) and Ben Cardin (D-MD). We are monitoring the status of this bill, as well, although it is our view that the protections and reforms offered by SECURE 2.0 are more robust and that, of the two, SECURE 2.0 represents the preferrable approach.

Additionally, Senator Ron Wyden (D-OR) has introduced a bill that would expand eligibility for the 199A pass-through tax deduction to a significant number of our members. We are drafting a comment letter in support of this bill and plan to submit it in the coming weeks.

The Senate Finance Committee is also discussing potential changes to existing unemployment insurance laws that could impact our members’ independent contractor status. An early draft bill indicates that the law could require states to use the same ‘ABC’ employment classification test that is incorporated in the PRO Act (see below) to determine advisors’ employment status. Moreover, as a tax bill, this measure could be considered as part of the upcoming budget reconciliation process, depending on the results of the Congressional Budget Office’s analysis of its potential costs.

We have issued a call to action regarding this bill, which has already resulted in approximately 5,200 letters sent from our members so far. We will continue to monitor this potential threat to advisors’ independent contractor status and keep our members posted.

Other Threats to Independent Contractor Status: As our members know, we have vehemently opposed the PRO Act in its current form, since it would introduce a more stringent worker classification test that would likely result in many advisors being misclassified as employees of broker-dealers, rather than being rightfully categorized as independent contractors. We are continuing to fight for a carve-out in this bill for financial advisors.

While some news reports have speculated that the PRO Act could be passed as part of the budget reconciliation process, the bill does not meet the requirements to be considered via this avenue.

On the regulatory front, we filed a motion for summary judgement in our lawsuit as part of a coalition of concerned industry associations. In it, the coalition argued that the Department of Labor failed to meet well-established legal and procedural requirements under the Administrative Procedure Act (APA) when it delayed and then withdrew its own final rule that would have clarified and protected independent contractor status at the federal level.

Although it can be difficult to predict when and how litigation will be resolved, we hope to see a ruling in our favor by early 2022.

Reducing Burdens on Advisors and Firms: We recently met with SEC Chair Gary Gensler’s staff to update them on our request for relief from the SEC to allow the payment of securities transaction income directly from independent financial services firms or investment advisers to business entities operated by financial advisors.

Chair Gensler has understandably been occupied with a wide range of issues as he continues to transition into his role, and we are continuing to follow up with his staff to ensure that our request for relief receives consideration in a timely manner.

Regulation by Enforcement: We have filed an amicus brief – and will likely file another before the end of the year – in support of FSI members who are currently in litigation with the SEC over penalties levied by the Commission over our members’ use of 12b-1 fees.

Beyond this, we continue to work with our members to gather information on enforcement actions that could be considered to constitute ‘regulation by enforcement.’ We are hopeful that the SEC’s new leadership – as well as FINRA and other regulators – will recognize the significant problems this practice continues to cause for advisors and their clients, and that they will work with us to curtail it.

Modernization and Leveraging Technology: We are working with FINRA to secure an extension of its temporary policy to allow virtual branch inspections as the spread of the Delta COVID-19 variant continues to impact ‘return to the office’ plans across the country.

This year has brought numerous developments that could significantly impact the industry, your business and your clients. We will continue to tirelessly advocate on your behalf, and we greatly value your continued support and engagement. 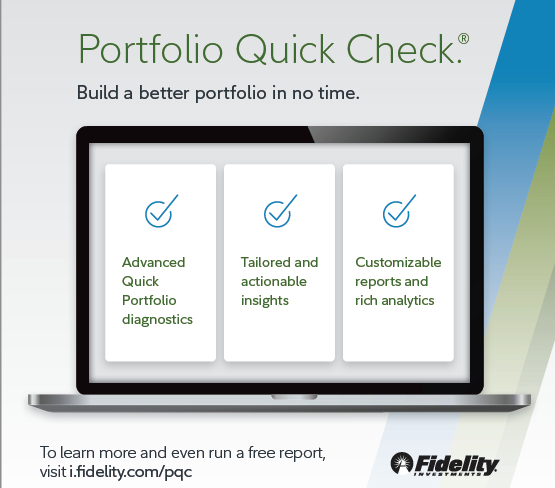