The question of who should be classified as an ‘independent contractor’ – and whether such classification should be considered valid – has become a central topic for many regulators and legislators as the ‘gig economy’ continues to grow.

Partially due to this misguided approach, financial advisors’ independent contractor status is currently being threatened from multiple directions.

On March 9, the U.S. House of Representatives passed the Protecting the Right to Organize (PRO) Act, which would amend the National Labor Relations Act (NLRA) to mandate a more stringent worker classification test for independent contractors and likely re-categorize many advisors as employees of their broker-dealers.

The bill is now under consideration in the Senate. However, given that parts of the Senate’s Democratic caucus appear not to favor the legislation in its current form – and the fact that 60 votes are needed to overcome a filibuster – the PRO Act currently appears unlikely to advance further.

Unfortunately for our members and our industry, however, a recent action by the Department of Labor (DOL) is of greater and more immediate concern.

On May 5, the DOL withdrew a recently adopted final rule that would have clarified requirements for independent contractor status under the Fair Labor Standards Act (FLSA) based on a common-sense ‘economic reality’ test. Under that rule, a worker who is, as a matter of economic reality, in business for themselves – as opposed to being economically dependent on an employer – would have been considered an independent contractor.

This federal-level rule provided much-needed clarity for advisors – as well as to other regulators and legislators – across the country. By repealing the rule, the DOL has unfortunately left independent contractor classification subject to a more complex and ambiguous multi-factor test, interpreted through a patchwork of judicial decisions, which has historically left independent advisors vulnerable to misclassification. This type of ambiguity may also subject advisors to a litany of state-level legislative proposals.

In its proposal to withdraw the final rule earlier this year, the DOL stated that the FLSA’s definition of ‘employee’ “stretches the meaning of ‘employee’” and imposes an “inquiry of economic dependence [that] establishes a broader scope of employment than that which exists under the common law of agency.”

In plain terms, the current DOL seems to believe that economic dependence is a presumption in any relationship between a larger organization and a worker it pays or distributes revenue to, rather than a question.

As independent financial advisors know, nothing could be further from the truth. In fact, in the independent channel, the economic balance is flipped: advisors have the power to take their client roster to another broker-dealer at any time.

The relationship between independent advisors and the wealth management firms that support them is designed to ensure that advisors comply with securities regulations, rather than to exert control over advisors’ business models, client service approaches, or other key elements of their businesses.

Independent advisors choose to operate under this model in order to build their own book of business; determine how they work with clients, and under what compensation model; and to exercise greater control over the products they offer.

It also gives them the ability to hire their own teams, control their own costs and tap into the entrepreneurial spirit that has powered so many successful American businesses and communities.

FSI has always been committed to defending our members’ independent contractor status as a fundamental part of our mission. With this in mind, on May 14, we joined the Associated Builders and Contractors, Inc. (ABC); the Associated Builders and Contractors of Southeast Texas (ABCSETX); and the Coalition for Workforce Innovation (CWI) in filing an Amended Complaint against the DOL in the U.S. District Court for the Eastern District of Texas, challenging the delay and withdrawal of its final independent contractor rule.

As explained in the Complaint, the Department has failed to meet well-established legal and procedural requirements under the Administrative Procedure Act (APA) in withdrawing the independent contractor rule. By neglecting to provide a meaningful period for comment before delaying the final rule’s implementation – and by failing to offer adequate substantive justification for the delay and withdrawal – the DOL undermined the transparency of its review process, hindered vital debate and, we believe, violated the APA.

As we made clear to the Department in an earlier comment letter, the DOL’s economic analysis regarding its repeal of the final rule contained numerous erroneous statements and assumptions. It also failed to consider important aspects of the rule itself.

While the DOL’s action poses the most immediate threat to independent advisors’ businesses and clients, we are not taking our eye off the ball with regards to the PRO Act, either. We are working to secure a carveout for financial advisors similar to the one we successfully pushed for in California’s AB 5. That bill also implemented a strict independent contractor classification test, but lawmakers in the state ultimately realized the importance of exempting certain types of businesses, including independent financial advisory practices. If a similar carveout cannot be secured as part of the PRO Act, we will work to oppose the passage of the bill altogether.

As we have for the better part of two decades, we will vigorously defend financial advisors’ independent contractor status against these current threats – and from any others that may emerge on the horizon. 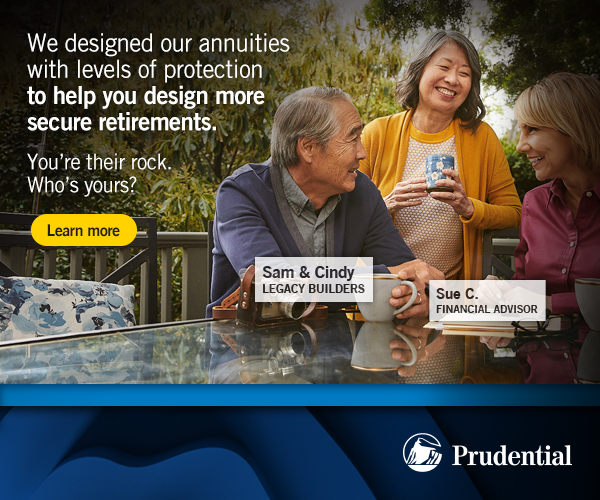