Skip to content
Home > > Engaged & Empowered to Make an Impact

Engaged & Empowered to Make an Impact

Advocacy is the cornerstone of FSI’s mission to create a more business-friendly regulatory environment for our member firms and advisors, and the Main Street clients they serve across the country. Since our founding, FSI has experienced a number of notable advocacy wins at the state and federal levels.

They include everything from working to get the DOL fiduciary rule vacated, to thwarting several legislative attempts to make independent financial advisors employees of their broker-dealer, to teaming with our members to gain representation on FINRA committees. But as critical as many of those wins have been – along with a long list of others not listed – future ones are only possible when the collective voice of our membership amplifies our efforts.

Yet, we know it’s not easy to get involved, especially given all the responsibilities inherent to managing and growing a small business.

“We’re all busy, so we only have so much time,” said Martha Wilcoxson, Founder of Pueblo, Colorado-based Wilcoxson Wealth Management, speaking at a panel at the recent FSI Exchange devoted to highlighting advocacy best practices for financial advisors. “But the issues are important, and FSI is our conduit.”

Joining Wilcoxson on the panel were Ruth Matt, Founder and Chief Executive Officer of Fore River Financial in Portland, Maine, and Beth Kietzman, a financial advisor with Artisan Financial in New Brighton, Minnesota. The session was moderated by Von Cook, a partner at Client Centric Advisors in Tampa, Florida.

The Protecting the Right to Organize Act, or PRO Act, underscores how important it is for all FSI members to get involved in the advocacy process, all the panelists agreed. The current version of the bill, which narrowly passed the House last year, includes language threatening the independent contractor status of our members.

It does not have enough support in the Senate – thanks partly to our efforts – and has not come up for a vote. Even so, Matt said she routinely reaches out to her representatives to let them know about the PRO Act’s unintended consequences.

Matt stated that the breadth of FSI’s resources – including the Advocacy Action Center – means that you don’t have to be a policy wonk or invest a ton of time to get involved and make a difference.

“Many advisors might avoid engaging in advocacy because they may think they don’t understand the issues well enough,” she said. “But FSI makes that part easy, providing members customizable templates tailored to important issues. Don’t fear the process. Just participate.”

Wilcoxson agreed, pointing out that the letter-writing process is so simple that anyone can do it, even if they don’t think they have the time.

“I have a degree in political science, but I was never politically active until I joined FSI,” she said. “FSI does everything it can to empower its members to improve their business and the broader financial services industry.”

“My Legislators Had No Idea”

Ms. Kietzman wasn’t what anyone would call politically active though she always had a keen interest in understanding how government works. But now because of issues she has become passionate about, she’s not afraid to reach out to her lawmakers or even jump on a video call to voice her concerns.
She said she believes some lawmakers aren’t acting in bad faith when they vote for bills that negatively impact the industry. They just need a reminder that some of their decisions can have real-world consequences they never think about.

“My legislators had no idea independent financial advisors could get caught up in the PRO Act,” she said. “You can’t know everything about everything, so we have to do our part to educate them by making our voices heard, especially when it’s something we’re passionate about.”

We understand financial advisors have time constraints, so we strive to identify the critical issues and provide an effortless way to engage in advocacy. But at the end of the day, we need everyone’s help.

“There’s power in numbers, and that’s why members should get involved,” Matt said. 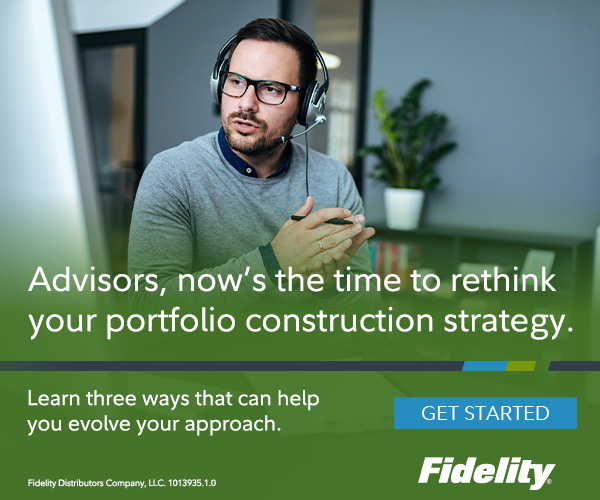